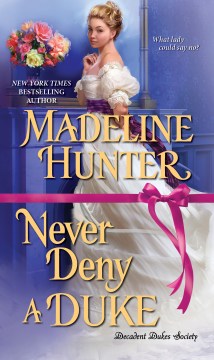 Davina MacCallum is a woman of Scottish descent trying to prove to the King that she is the rightful heir to a property that was given away after the battle of Culloden. The King is sympathetic, but doesn’t want to take the property from the current owner, the Duke of Brentworth, without his agreement. Davina is determined to find the proof that the Scottish line did not die out at Culloden as was believed. Brentworth is just as determined to prove that it did, so they join forces to find the evidence. The fallout is a heartfelt, loving, sensual story.